This innovation attempts to solve the problem of high mobile data cost and low user quality of experience (QoE) in public transport due to challenges such as high user density, limited cellular coverage and unstable throughput caused by mobility. The solution could provide improved performance for the target audience, giving them seamless access to high-quality popular media and other contents even at a remote location with no/limited network coverage. The solution is found to consume slightly lower power when compared to using cellular networks, e.g. 3G and 4G.

The judges were fascinated with the innovation. The solution tries to solve the modern day problems of poor connectivity while commuting and data cost. The target audience is huge and global. The judges could easily envisage it being rolled out in public transport not only in the developed countries but also in the developing countries. Whilst, there is some more research required, and consideration needs to be given to the commercial and legal risks, there are no second thoughts relating to the enormous potential of the solution. Having considered the innovation’s stage of development, usefulness, scalability, ease of implementation, cost-benefit, etc., the judges unanimously decided to award uStash as a winner in IT Technical Innovation category. 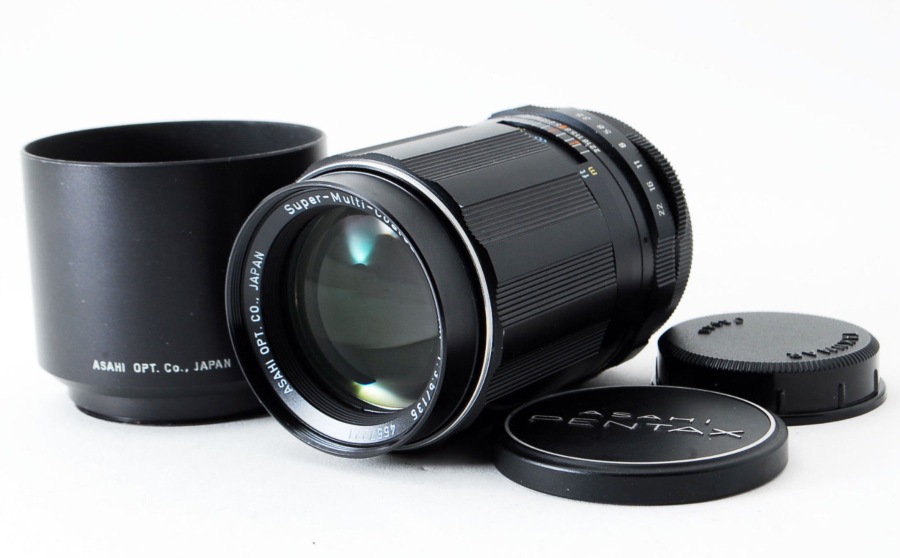 4 elements, 4 groups; insanely simple construction at today’s standard. Asahi Pentax Takumar 135mm 3.5 Super-Multi-Coated is built like a tank. You really need to worry about your floor rather than the lens itself, if it is dropped accidentally. I bought mine from a Japanese reseller on Ebay for approximately 50 USD. It comes with M42 screw mount, and has a minimum focusing distance of ~1.5m. It roughly has the same bokeh-ability as a 50mm 1.4 lens.

Apart from those normal lenses, 135mm is another very popular focal length in the film days. They are cheap to build, and is widely avaiable in second-hand market today. As a F3.5 lens, it is really small in hands. It weights only 330g. It’s said that you can hardly find a bad 135mm prime lens, but it is still challenging to find your favourite one. Lets take a look !

Tested on Fujifilm X-pro2, it has an equivalent field-of-view of approximately 200mm. 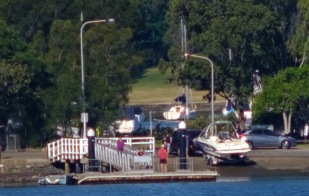 Sharpness is great even wide open. In fact it outperforms a lot of 135mm F2.8 lenses even when they are stepped down to F3.5. Purple fringing is visible @F3.5, and starts to disappear @F5.6.

It is a decent outdoor portrait lens, although it is a bit slow and long for indoor usages. I actually really like the result it produced.

Decent bokeh wide open. It could get a bit distracting when stepping down.

The biggest issue of this lens, or vintage lens in general, is flare. You might want to keep the hood on all the time. The picture looks completely washed out and lack of contrast when light hits the lens at an unfavourable angle. To be honest, it is a pretty big issue because this lens is essentially an outdoor lens.

In order to demonstrate what I mean, I will show you 2 pictures of my neighbour’s lovely cat. The IQ could be fantastic and clean if u pay attention to flares. However, it could get ugly even when we are both in shades.

Among more than 10 other 135mm lenses, it performs extremely well as compared by Michel. It even holds up really well against the Canon 135mm F2 (1000$ price tag). If you’re looking for an 135mm lens now, why not consider this lens ?

Vintage 50mm to 60mm lens were extremely popular during 35mm film era. They are among the ranges that you are most likely to find a hidden gem at a steal price. These normal lens have standard field-of-views and large aperture, while still manage to stay compact with very simple optical formulas. On a modern APS-C sensor, these lens have field-of-views equivalent to short-telephoto lens ~85mm, and are gaining more and more popularity as adapted lens on mirrorless cameras such as Fujifilm and Sony.

How good are these lens? Do they still fulfill the needs and expectations of modern photographers despite their 50 years’ age? In this review, we will have a look at one of Minolta’s very popular normal lens MC 58mm F1.4 (MCII).

Minolta made five very similar versions of 58mm F1.4 from which this one (MC-II) is believed to be the best. To distinguish from its predecessor (MCI):

There are three versions of early Auto Rokkor-PF 58 mm 1.4 – 1961 – 1966. These Auto Rokkors are reported to be mediocre lens, while the later MC versions are outstanding. 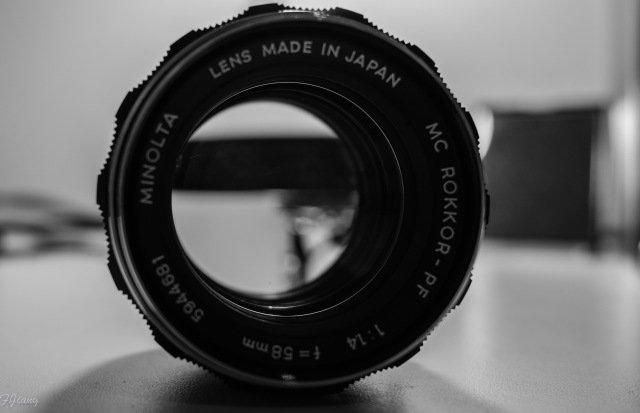 Just like most other MF lens from 70s, this lens is a dream to operate. Full metal construction with buttery smooth focus ring. Takumars are often cited as the standard of excellence in smoothness, and this Minolta is just as good. As a comparison, most modern lens have an expected life-span of 10 years. For its price tag of 50$, I’m wondering if it’s the best quality stress-release tube in the market.

I’ve done a few sharpness test so far both at minimum focus distance and infinity with my Fujifilm x-pro2. 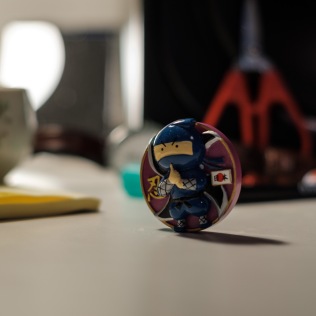 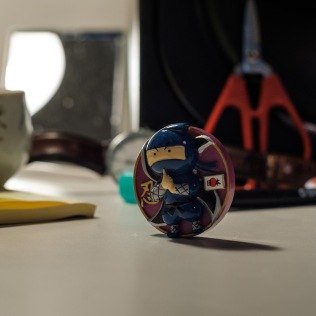 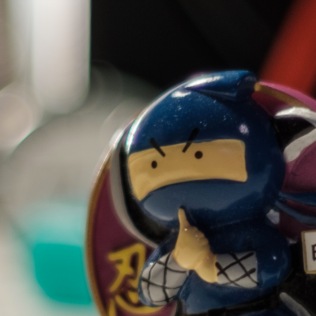 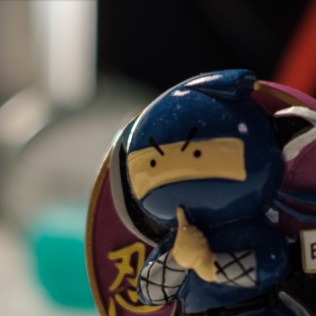 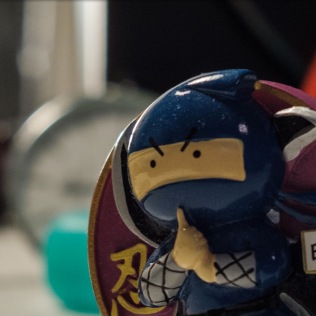 As expected, this lens does not perform well at all wide open for landscapes. The image is hazy and lacks contrast. However, resolution is there and could be improved significantly in post-processing. From F2.8-F5.6, the lens has little left to be desired. Lateral CA is very well controlled even at large aperture. 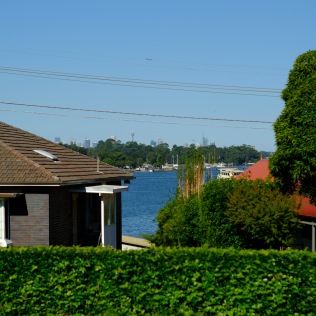 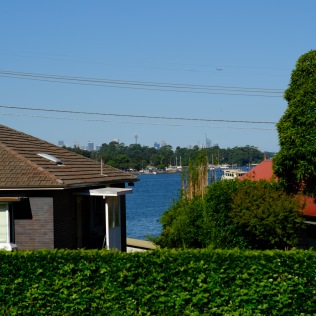 Compared to its bigger brother the legendary 58mm f1.2 (appx. 5 times the price), F1.4 is not as famous for its bokeh. But, I do really like its typical Minolta rendering and bokeh. It is buttery smooth, and I find myself really like the bubble pop effect of those bokeh ball @F1.4. The ball is still fairly round @F2, and starts to show hexagonal shape from F2.8 due to its 6 aperture blades.

Bokeh is subjective, I use F2 most often, as it is a sweet spot both in sharpness and OOF area.

Very well built Minolta gem, and a pleasant to use. For the price tag, it is a lot of lens.

This lens is widely available on Ebay because it was one of the kit lens of Minolta SR-T 101 in the 1970s.

It is a bit prone to flare.  However, CA is very well controlled, and distortion is unnoticeable. The quality of bokeh and micro-contrast beats a lot of moderm camera lens, although you may need to step down 1-2 stops for optimal result. All in all, it is a very solid portrait lens on APS-C sensor, and a bokehlicious machine from 70s !!